Pay online, or ask for a quote on the checkout page.
All products are tested and checked before shipment
Information about product conditions: click here
Products are shipped from our warehouse in Eijsden, the Netherlands

The A-16II Personal Mixer is a 16-channel stereo digital mixer designed to allow performers to create custom monitor mixes on stage or in the studio. The stereo output on the A-16II can drive in-ear monitors (IEMs) or headphones. Its intuitive interface lets a performer quickly modify a mix without distracting from the primary job at hand—performing live or in the studio. A-16II mixers are known as the industry standard worldwide, and for good reasons: they’re robust, simple to use, and sound great. Just connect an A-16II to an analog input module or digital console card to start a system. It’s that easy.Designed for use in live performance or in the studio, the A-16II Personal Mixer gives each performer control over channel volume, grouping, pan, stereo spread, as well as master volume and tone. Every Personal Mixer in a system can create a unique monitor mix for a performer. Users can save and recall up to sixteen custom mixes as presets in their Personal Mixer.

Stereo Output for Wired or Wireless IEMs
The TRS stereo output from the A-16II can be used to drive wired or wireless in-ear monitors (IEMs), headphones, powered floor wedges, an amplifier, or spot monitors.

The A-16II Personal Mixer is fully compatible with all Pro16® Series products, including Aviom’s Y1 A-Net card for Yamaha® digital mixing consoles. Support for the industry standard Aviom monitor mixing is available in the form of console interface cards from an ever- increasing list of digital console manufacturers (including Avid® (Digidesign®), DiGiCo®, Soundcraft®, Innovason®, Tascam®). Many other digital console manufacturers offer a Pro16 A-Net output option.

Power Over Cat-5
Personal Mixers can be daisy chained or connected in parallel using an A-Net Distributor. Parallel connections also allow DC power to be supplied to the mixers over the Cat-5e cable. The A-16II supports Cat-5e cable runs of up to 500 feet (150 meters) between devices, and there is no practiacal limit to the number of personal mixers in a system.

When you've added items to your cart you can go to the checkout page. On this page you will be able to see which transport options are available to you and at what price.
If there is no shipping option available when you fill in your address, please contact us

You can always ask for a quote on the check out page. We ship worldwide!

If you've got any questions about shipping please don't hasitate to contact us. You can do this by form, email, chat or phone. Whatever is more convenient for you. 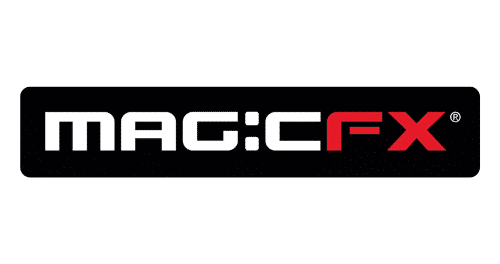